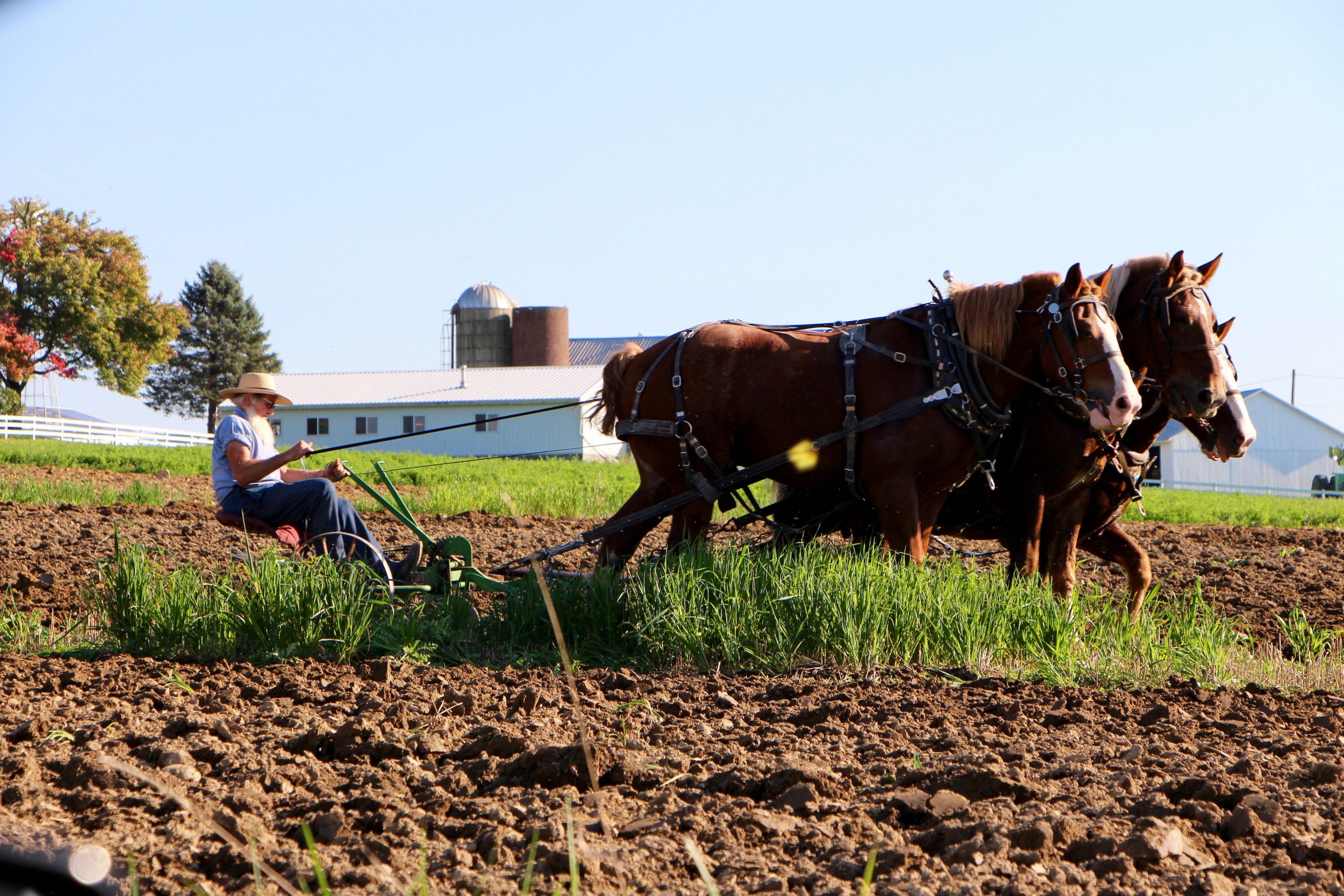 Horsepower sounds like something that’s pretty self-explanatory. The horse part, well, that’s the four-legged farm friend we’re all familiar with. Add the power bit, and it stands to reason that we’re talking about the power that horse has. So, How much horsepower does a horse have?

Turns out, it’s not actually that simple. Horses at their peak performance can sprint at 14.9 horsepower. Wow! So almost 15 times what you’d expect. Why in the world is that? It turns out there’s a ton of history running around under your car’s hood!

Where Did Horsepower Come From?

To find the answer, we need to journey back to the late 18th century. Scottish inventor James Watt was busy improving upon the steam engine. Now Watt didn’t invent the steam engine–that honor belongs to Thomas Newcomen–but he did create the separate condenser, which was key to the efficiency and cost-effectiveness of the steam engine.

You might recognize his last name, Watt, as a unit of power, such as in a 60-watt lightbulb. The unit was actually named after him.

Watt wasn’t just the source of the watts named after him though. He also created the concept of horsepower.

When Watt originally began his improvements on the steam engine, it was difficult to convince people to buy one. As with any new technology today, the steam engines were expensive, and people weren’t familiar with them. Why buy a machine to do the work their draft horses were already doing for them?

There’s a key difference between machines and horses: machines don’t get tired. Watt created horsepower as an expression of how much work a horse could do throughout an entire day, on average. This allowed him to demonstrate just how much more a steam engine could produce.

Horses are also not universally able to give the same output. They can be affected by many factors, including their health, age, breed, and working conditions. Steam engines were able to be a lot more consistent in their performance.

This is why it made sense to create a unit of measurement for their power. After all, it’s not like people could buy a horse with a better-rated engine than another horse for sale!

So now that we know that horsepower isn’t the equivalent of one horse’s efforts, what is it exactly?

Watt figured out how much workhorses could do by going to a mill where horses were used to turn a grinding wheel. By noting how many times per hour they turned the wheel and calculating how much force they exerted on it, he was then able to develop his formula for horsepower.

One horsepower is one horse doing 33,000-foot pounds of work in one minute. That’s like a horse lifting a 330-pound rock 100 feet in a minute. Horsepower is represented as the unit hp.

The unit of horsepower that Watt created is known as mechanical or Imperial horsepower. It’s slightly different from metric horsepower. Different countries will use one or both of these units, and some countries have their own variations on them.

There are a number of other kinds of horsepower out there, including electrical horsepower, hydraulic horsepower, and tax horsepower. These are designed to measure different aspects of machine performance.

Horsepower was originally invented with steam engines in mind, but it’s now used to measure the output of all kinds of engines, including cars, motorcycles, boats, and even lawnmowers!

How Many Horses Does My Car Really Have Under Its Hood?

An easy way to approximate how many horses’ worth of work your car is doing for you is to take its horsepower rating and divide by 15, which is about the value of one horse’s horsepower, rounded up.

According to Autolist, an average mainstream car has 200hp. Divided by 15, that gives us 13.33, or thirteen and a third. That means you’ll have to share one of your horses with two friends. Sorry, I don’t make the rules!

That’s quite a jump from the earliest cars: the Ford Model T had 20hp, which basically made it a glorified horseless carriage.

Today, some of the highest-performing cars in the world have horsepower ratings between 1200hp and 1500hp. That’s right, up to 100 horses under one hood! But horsepower doesn’t always directly correlate to speed, because there are many other factors of the car’s build that can affect its ultimate speed.

What Breeds of Horses Have the Most Horsepower?

Since you hear about horsepower in relation to high-performance cars, you might think that the fastest horses produce the most horsepower. But horsepower is a measurement of a horse’s ability to do work, not its speed.

An engine’s ability to do work can translate to a faster car. But in the case of horses, fast, light breeds like Thoroughbreds and Arabians, that you see winning races, aren’t the kings of horsepower.

Racing horses are simply bred to run as quickly as possible. They’re not bred to take on extra weight, which is why jockeys have to maintain their own weight so carefully. Aside from harness racing, which involves Standardbred horses pulling a very light cart known as a sulky, racehorses don’t have to pull anything either.

It turns out that draft horses, with their strength and sturdy builds, are the most powerful breeds when it comes to horsepower. They were bred to pull and haul all the heavy things that needed moving around a farm. Draft breeds, including Shires, Percherons, Belgians, and the famously recognizable Clydesdales, excel at doing work. And that’s really what horsepower is all about!

That’s why horsepower was originally calculated with draft horses in mind. At the mill where Watt was observing, draft horses could turn the hefty grindstone in the mill 144 times an hour, which works out to about 2.5 times per minute.

The draft horses were able to keep up that pace for an entire day’s work! Pretty amazing! But still, not as productive as Watt’s improved steam engine. Ultimately, the new machines, such as tractors, replaced draft horses around the farm.

But draft horses still have their advantages: during the 1970s fuel crisis, draft horses became popular again because it was cheaper to feed and care for them than it was to fuel farm machinery. Draft horses are also sometimes employed by smaller or specialty farms where their ability to navigate obstacles is an advantage.

How Much Horsepower Does a Human Have?

Unsurprisingly, humans don’t produce an awful lot of horsepower. A healthy human at peak performance can produce about 1.2hp for a short period. Athletes can do more.

The world record is from sprinter Usain Bolt, whose maximum was 3.5hp for less than one second during his 2009 world-record-setting 100-meter dash.

The rest of us mere mortals, however, have to content ourselves with a more modest output. A healthy human can sustain an output of about .1hp, that is, one-tenth of a horsepower.

So it turns out, a horse is a lot more powerful than many of us thought! Horses in top form can produce nearly 15 horsepower. And your favorite vehicle likely has even more horse-equivalents running around under its hood than you realized.

Now you can go forth, whether it’s on a long road trip with your 13⅓  horses, or just to conquer your next trivia game night with all the new facts you’ve learned. It’s all thanks to James Watt and his pioneering work with the steam engine and units of measuring power.