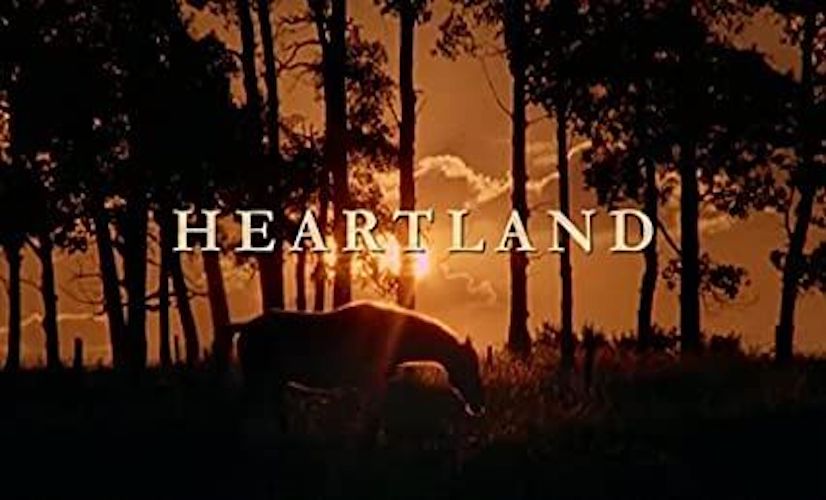 Many fans wonder what are the heartland cast ages and real life partners. When Heartland first premiered on TV in 2007, no one would have guessed that it would become one of the longest-running TV shows in Canadian TV history.

Heartland is based on a series of books by Lauren Brooke. The show follows the lives of a multi-generational ranching family, the Bartlett-Flemming family, as they navigate everyday hardships and life through birth, loss, growing, and healing for the horses and owners.

With a long time running of over 15 years, this can be attributed to the storyline that closely mirrors real life.

The cast also plays a big part in bringing to life this masterpiece. Some of the cast have been with the show since it first aired. Others have joined in as the show progresses, and all we can say is they have not let us down.

Their chemistry onscreen is amazing, leading fans to believe that the characters they play mirror their real lives. Read on to find out everything we know about the cast.

Amber Marshall was born and raised in Canada and had an early start in her entertainment industry career.

She has been playing the effervescent Amy Fleming, a young woman gifted with healing horses through natural horsemanship, for the past 15 seasons.

When the TV show first started filming, Amber was 19 years old, playing a devastated 15-year-old Amy Fleming, who had just lost her mother in a car crash.

Today she is 33 years old and is married to Shaun Turner, a photographer based out of Canada. They got married on 27th July 2013, after being engaged since the spring of 2012.

She and her character Amy Fleming got engaged around the same time on the show, something they have in common.

Her love for horses and ranch life is also something they have in common. Some of her castmates visit her ranch when they aren’t filming.

Despite leaving the show in season 14, Wardle was a big part of Heartland. Graham Wardle portrays Ty Borden as a young man who comes into the lives of the Flemming – Bartlett family through his need for work but ends up being a part of the family.

He even married Amy and had a daughter with her, Lyndy. In real life, he was married to Allison Wardle, although they divorced in 2018. He’s currently 35 years old.

She is a producer, director, and writer. Michelle Morgan plays Lou, Amy’s older sister, on the show. At the show’s beginning, Morgan was 26 years old, but she is 40 years old today.

Although her character on the show is married to Gabriel Hogans Peter onscreen, in the real world, she is married to Derek Tisdale, a film producer, and together they have three kids. She has also directed a couple of episodes of the show.

She first auditioned for the role in 2012 and immediately got a call back from the producers. Like her character on the show, her love for horses is real. Having grown up visiting her grandmother’s ranch when she was, she started riding at 4.

Shaun Johnson plays Jack Bartlett in the Heartland show. Although he plays the oldest character on Heartland, Shaun started playing the wizened grandfather when he was 49 years old, and today, the accredited actor is 63 years old.

He is married to Sue Johnstone, and they have been together for over 30 years. They have one son, Shea Johnston, who played a younger version of him in season 13, episode 3, Rearview Mirror.

He is an avid singer, mostly performing songs for the Heartland TV show. In addition, he co-founded the Shadow Theatre in Edmonton and made his debut in Alberta’s thriving theatre scene.

Playing the bad boy on Heartland, Chris potter is a man of many talents. He is also a director and musician if not working on Heartland. At the beginning of the show, Chris was 47 years currently. He’s 61 years old. He’s married to Karen Potter, and together they have four children.

Like Amber Marshall, Amelle had an early start in the entertainment industry. Her first role was in Mysterious ways in 2001. On Heartland, she portrays Mallory, the often nosy in your business neighbor, with a heart of gold.

Born in 1994, Amlee was an integral part of the show since it first premiered. When she first signed on, she was 12 years, and at the time of leaving, she was 18 years. Despite getting married on Heartland in season 10, she isn’t currently married and lives in Los Angeles, California.

However, she has been in several acclaimed moves and TV shows and enjoys spending her time outdoors. She is 56 years old.

Ruby and Emmanuella Spencer are the 6-year-old Canadian twins from Calgary, Alberta, appearing on Heartland as Lyndy Borden’s lovable, Amy and Ty’s only daughter.

They are of Canadian and Australian descent, their father is Canadian, and their mother is Australian.

Born on 9th November 1993, Cheeatow is a Canadian actress, writer, editor, and director. She’s best known for her role on Heartland as Jade Virani, the funny, rebellious smart bronc rider who isn’t afraid to live life on her terms.

She has starred in movies like The last Christmas and the Haunted Library. Jade is married to Chris Spoke (2018), and together, they have two children.

First appearing in season 1 as an adoring fan of Amy, Jake easily becomes a fan favorite. The young cowboy goes from an insecure version of himself to a strong, unwavering young man who goes after what he wants.

He is an actor and stuntman and portrays Jake Anderson, a ranchHand at Heartland. Jake Church has been on the show for the past ten years, from 2007 -to 2017. However, he left the show when he and Mallory left after the pair got married in season 10, episode 14.

In addition, he has been in numerous movies and TV shows, starring Jake Glynellyhall and Anne Hathaway in Brokeback Mountain 2005, Klondike 2014, and Tin star 2017. He was born on 10th June 1994, making him 27 years. His current love life and marital status are unknown.

Although a replacement for Ty when he leaves Heartland, Caleb plays a bigger role in the lives of the Flemming bartlett family. His first appearance on the show was in season 2, when he was 19 years old, as a helping hand after Ty’s departure.

He has a brief love story arc on the show with Amy. However, after Ty comes back, he and Amy get back together. He ends up marrying Cassandra Fay, and they have a child together.

There isn’t much information on Kerry James’ personal life. His marital and relationship status is unknown. Kerry James is a Canadian and Irish actor and producer born in Saanich Vancouver Island in 1986 and is the third born out of four kids.

First introduced to the show as P.W., Gabriel Morris’s initials played Peter to a tee. He’s Lou’s ex-husband and the father to their two daughters. Born on 7th May 1973, Morris is 47 years old.

Gabriel is married to actress Inga Cadranel and together with their two kids. They live in southern California.

Although new to the Heartland family, Parker has molded perfectly. She continues to be a great addition to the cast.

The Calgary native is 12 years old, identical to her character on the show.

This character has undergone some changes in the past. However, Katie’s story arc remains endearing, and we cannot seem to get enough. Between season 5 and season 7, twins Kiera and Jordan Hobart played the part of Katie as infants. However seasons 8 to 11, Julia Maren Baker took over the part.

During season 12, Ziya Matheson was cast as Katie and stayed for two seasons. She became synonymous with the character throughout Canada. In addition, during season 15, Baye Mcpherson has taken up the role and will possibly continue to play the role into Katie’s adulthood.

Mcpherson is half Canadian, half American, and has studied acting for the past four years. The young actress is 13 years old, a drummer and dancer. When she is not wowing fans on screen, she can be found playing with her dog Jackson.

Unlike most of his castmates, Aidan hails from England. The actor is 32 years old, and his zodiac sign is Gemini, a positive, eloquent, and friendly sign, one thing that shines through his character as Rick.

Although he stumbled upon acting by chance when he was an extra on CWs Reign, acting is something he took more seriously after that encounter. However, he has been in numerous TV shows, including The Strain, Murdoch Mysteries Let Him go, and Jann, which showcase his prowess as an actor.

In addition, he’s a music artist and has released his new album, My Kind Of Trouble.

According to reports, he isn’t in a relationship, having broken up with his partner at the beginning of the pandemic.

For the time being, you can binge-watch all 15 seasons of Heartland on Netflix and Peacock TV.